Asakusa is a traditional and cultural district which you must visit in Tokyo. Sensō-ji (浅草寺 Sensō-ji) is an ancient Buddhist temple located in Asakusa, visited by nearly 30 million people every year, is Tokyo’s oldest temple.

In the 6th centry, two brothers went fishing in the Sumida River which is located near Asakusa and they happened to catch a small Buddha statue in the net. They brought the statue home and later on they rebuilt their home into a temple to enshrine the statue.

This is said to be the beginning to Sensoji Temple. The temple was completed in 645. It is Tokyo’s oldest temple, and one of its most significant.

The Kaminarimon Gate (雷門 “Thunder Gate”) is the entrance gate to Sensoji Temple , is Asakusa’s most famous landmark. It leads into Nakamise shopping Street and Sensoji temple. 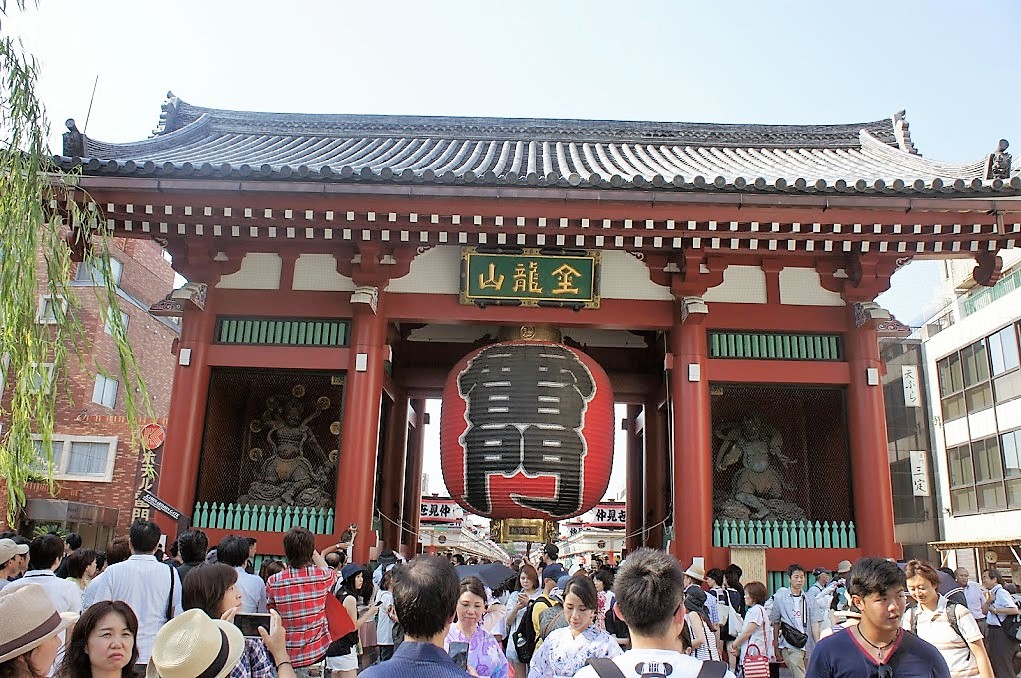 The first gate was built in 941, but the current gate dates from 1960, after the previous gate was destroyed in a fire in 1865.

The statues of Raijin and Fūjin 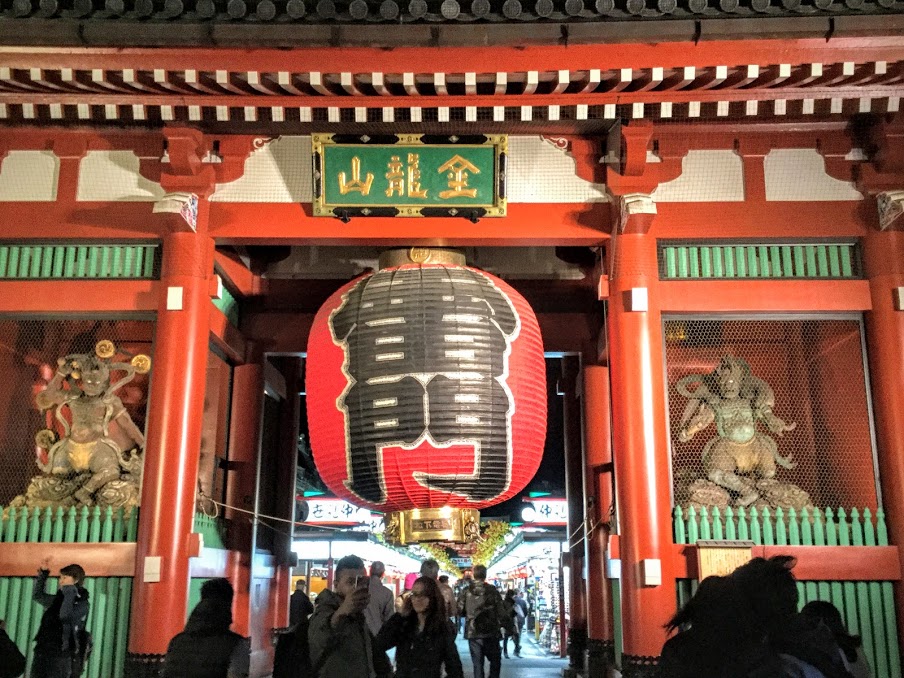 Fujin and Raijin statues are considered as the Gods which protect Senso-ji temple from natural disasters – Fujin from storms and Raijin from fires.

The huge red lantern is hanging inside the gate. It is about 4 meters high, 3.4 meters wide and weights 670 kilograms. It is made of bamboo frame and 300 sheets of paper.

After the gate burned down in 1865 several temporary gates were used until 1960, when the present gate was built and the huge lantern installed with a donation from Konosuke Matsushita, the founder of Panasonic.

At the bottom of the lantern, you can see a dragon sculpture. It is pretty cool! 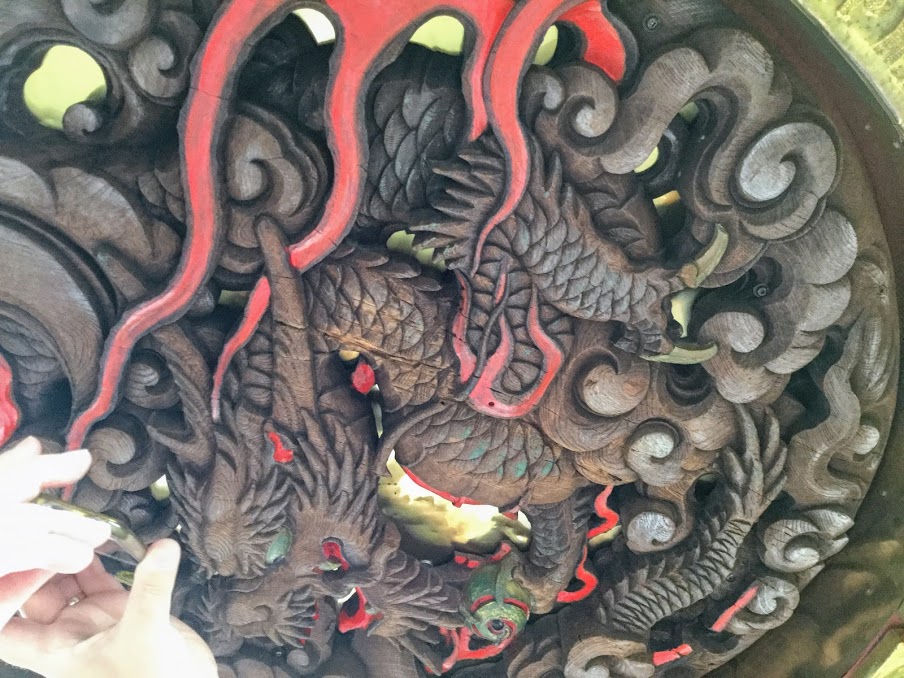 In Japan, dragons were believed that they had a power for bringing rain. There were a lot of wooden buildings in this area and the fire often occurred. So Japanese people believed a dragon sculpture will protect the building from the fire.

Enter through Kaminarimon Gate, you will be in a shopping street called Nakamise. It leads to the temple’s second gate, the Hozonmon Gate. 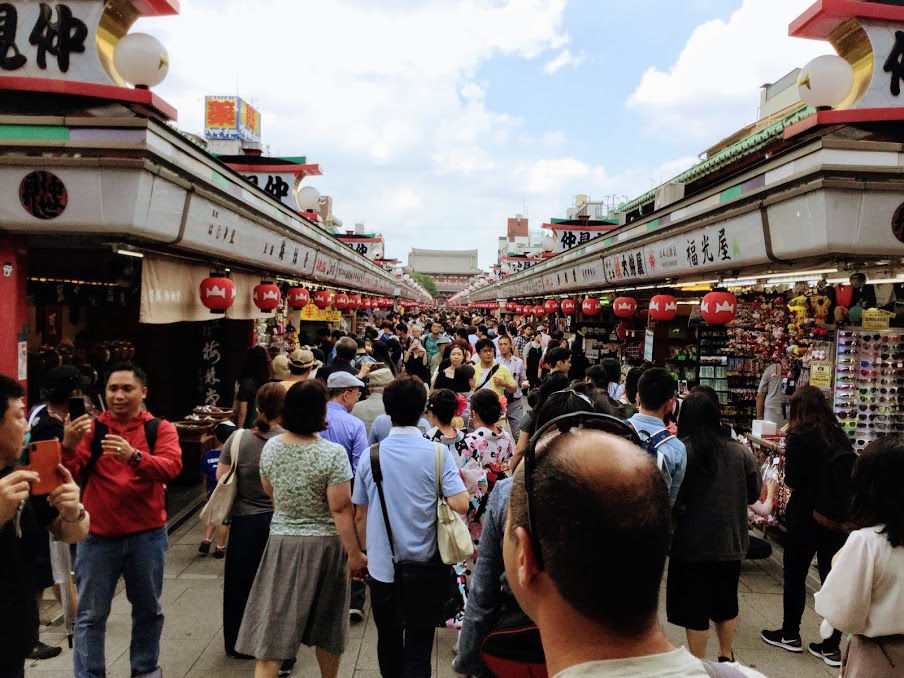 It is 250 metes and there are about 90 shops on the street. You can buy local snacks and typical Japanese souvenirs. 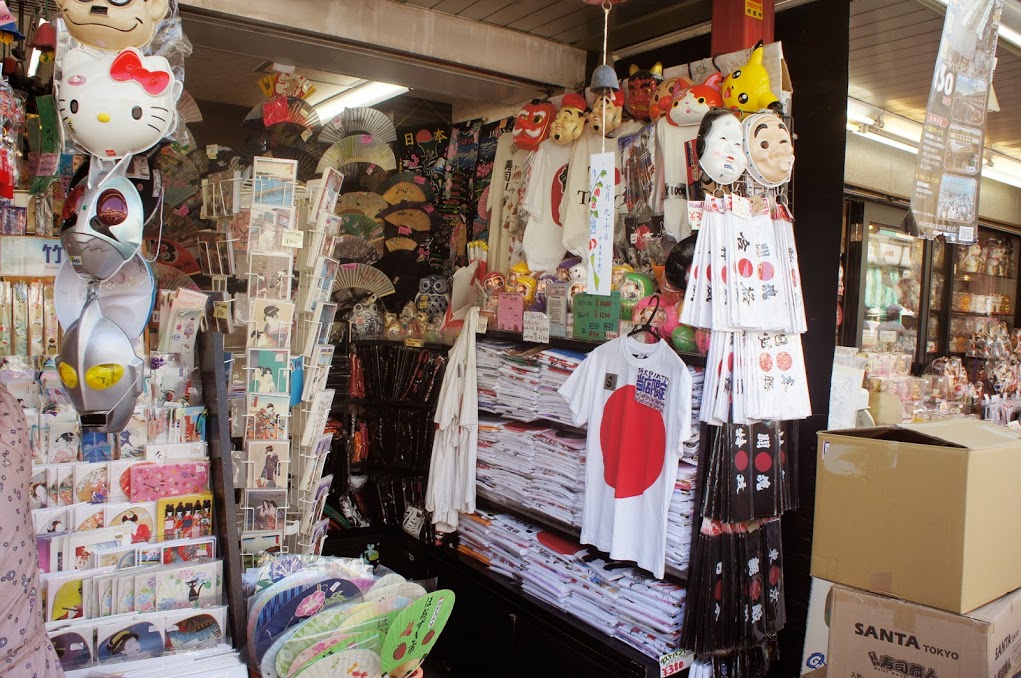 The Hōzōmon (宝蔵門 “Treasure-House Gate”) stands at the end of Nakamise shopping Street, is just in front of the Main Hall.

The Hōzomon’s first story houses two statues and three lanterns. The second story houses many of the Sensoji’s treasures. 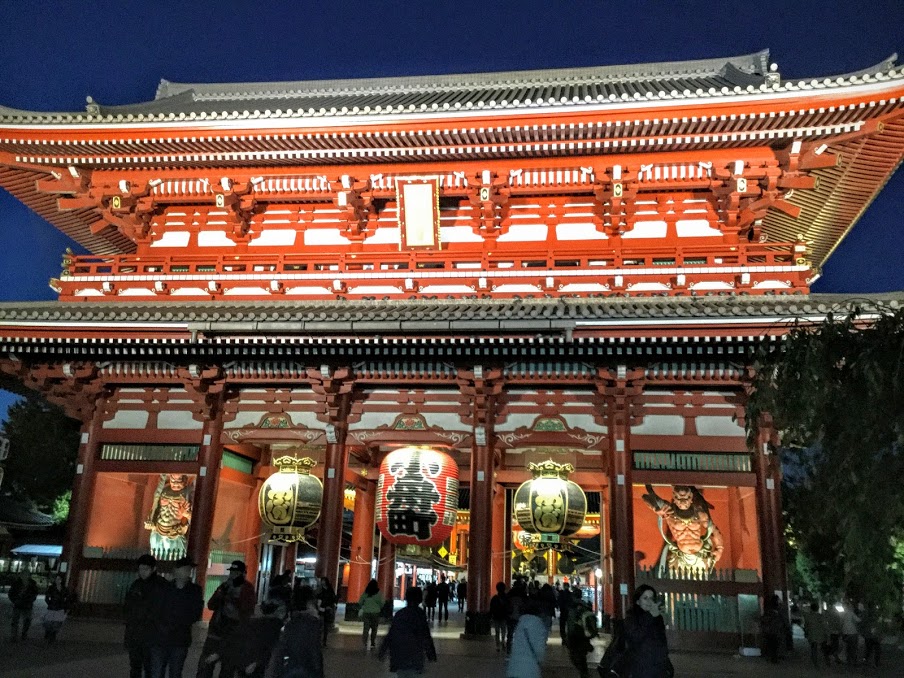 The Kannondo Hall is Sensoji Temple’s main building, was first erected in 628, destroyed by fire several times and rebuilt by the third Shogun, Tokugawa Iemitsu in 1679. The present hall is built in 1958. 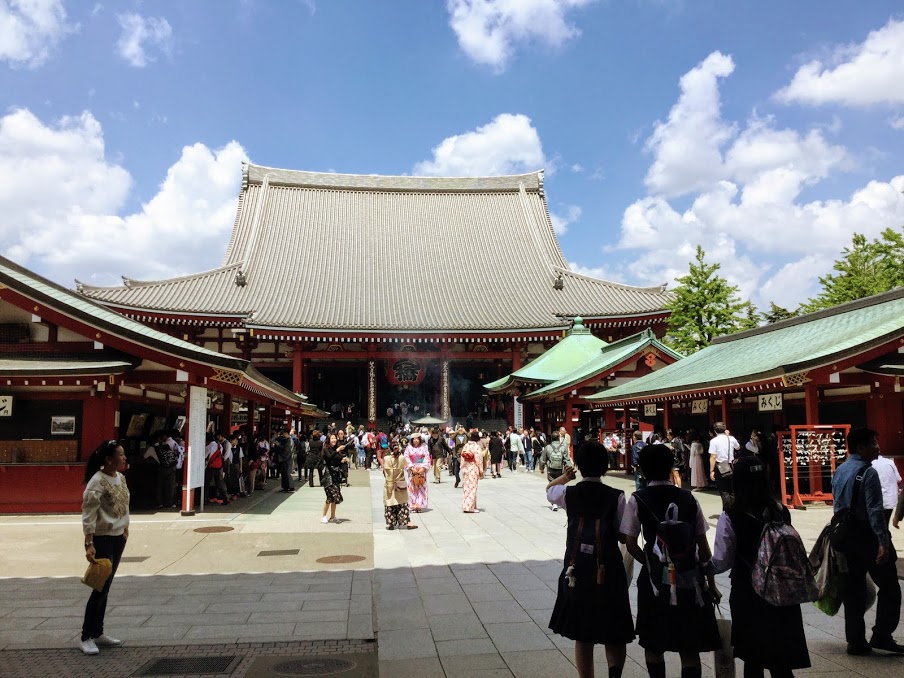 The inner sanctum is divided into a front and rear chamber. The secret Bodhisattave Kannnon statue is housed in the rear chamber and the duplicate statue occupies the front chamber.

Asakusa is one of the oldest and most exciting spots in Tokyo. Typical sightseeing route in Asakusa is starting from ...

Stronghold of the Tokugawa shogun who ruled Japan during the Edo period(1603-1868), the Imperial Palace (皇居, Kōkyo) is t...